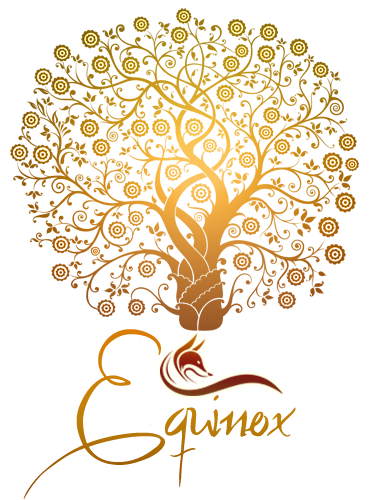 School of Psychology, University of Ottawa, Ottawa, ON, Canada

Introduction:
The present single-case study examined functional brain imaging patterns in a participant that reported being able, at will, to produce somatosensory sensations that are experienced as her body moving outside the boundaries of her physical body all the while remaining aware of her unmoving physical body. We found that the brain functional changes associated with the reported extra-corporeal experience (ECE) were different than those observed in motor imagery. Activations were mainly left-sided and involved the left supplementary motor area and supramarginal and posterior superior temporal gyri, the last two overlapping with the temporal parietal junction that has been associated with out-of-body experiences. The cerebellum also showed activation that is consistent with the participant’s report of the impression of movement during the ECE. There was also left middle and superior orbital frontal gyri activity, regions often associated with action monitoring. The results suggest that the ECE reported here represents an unusual type of kinesthetic imagery.

Discussion
The present experiment examined functional brain imaging patterns in a participant that reported being able, at will, to produce somatosensory sensations that are experienced as her body moving outside the boundaries of her physical body while remaining aware of her unmoving physical body. It is interesting that the development of the participant’s ability was associated with delayed sleep onset in childhood (which persisted in adulthood) because the occurrence of out-of-body experiences has been frequently associated with hypnagogic phenomena (Cheyne et al., 1999; Terhune, 2009). The reported experience is similar to what is defined by Brugger as an out-of-body experience but without the feeling of being only outside of her body and without any of the emotional content typically reported in out-of-body experiences (Brugger and Regard, 1997). The subjective description of the participant led us to use the term ECE throughout this manuscript to underline the difference between the phenomenon studied here and the more common definition of out-of-body experiences. Also, because the ECE was private to the participant, we have to rely on the participant’s descriptions to interpret the results. With these caveats in mind, we find that the brain functional changes associated with the reported ECE were different than those observed in motor imagery. The results suggest that the ECE reported here represents an unusual type of kinesthetic imagery that shares some features of previously described out-of-body experiences and some features of more typical motor imagery.

The ECE was reported as a mixture of visual imagery and kinesthetic imagery but the kinesthetic component was prominent as evidenced by the report of feeling dizzy when performing a rotational movement. The prominence of kinesthetic experience over the visual experience is consistent with a strong bilateral deactivation of the lingual gyrus and cuneus encompassing the primary visual cortex. Activations are mainly left-sided and involve the left SMA, supramarginal and posterior superior temporal gyri (the last two overlap with the temporal parietal junction, which has been associated with out-of-body experiences). The cerebellum also shows strong activation that is consistent with the participant’s report of the impression of movement during the ECE. There are also left middle and superior orbital frontal gyri activations, structures often associated with action monitoring.

The TPJ activation that was observed during the ECE is consistent with patient cases that report autoscopy and out-of-body experiences when the functional integrity of that area is altered (Blanke et al., 2004; Blanke and Mohr, 2005; Blanke, 2012). Studies of experimentally induced altered body imagery have demonstrated that transcranial magnetic stimulation of the TPJ area can interfere with the ability of healthy individuals to imagine themselves in body orientations similar to out-of-body experiences (Blanke et al., 2005). Electrical stimulation of the TPJ in epileptic patients also produces various sensations associated with out-of-body experience (Blanke et al., 2002). Interestingly, several of the active clusters found in the present experiment during the ECE (left supramarginal gyrus, left inferior temporal gyrus, left cerebellum) correspond closely to clusters with mirror properties associated with action observation and execution that were identified by a recent meta-analysis (Molenberghs et al., 2012).

The middle orbital frontal gyrus is a highly multimodal area that has been associated with performance monitoring and provides flexibility in response to selection based on ongoing feedback (Elliott et al., 2000). The cluster that we observed in the left orbital frontal gyrus corresponds to cluster 6 of the K-6 solution described by (Kahnt et al., 2012) in their parcelation of the orbitofrontal cortex (Kahnt et al., 2012). They reported functional connectivity with adjacent regions in the lateral prefrontal cortex as well as regions in the inferior parietal cortex and the lateral inferior temporal cortex; the latter two structures correspond to activations we observed during the ECE.

In the third condition, we examined the brain areas involved in a whole body motor imagery to examine if the ECE was similar to motor imagery in this participant. The first general observation is that in this condition, activations tended to be bilateral as opposed to mainly left-sided activations observed in the ECE. The second observation is that the activations when the participant was told to imagine doing jumping jacks were less extensive than for the ECE. They included bilateral SMA extending into the paracentral lobule, bilateral inferior parietal lobule, right middle and superior temporal gyri, and left precentral gyrus. There was reduced activity in the cuneus bilaterally and in the superior orbital frontal gyrus also bilaterally. Activations of the SMA, inferior parietal lobule, and precentral gyrus have been reported in two previous studies of kinesthetic imagery using hand movements (Guillot et al., 2009; Szameitat et al., 2012b). ECE and whole body motor imagery were both associated with a reduction in cuneus activation (but less so for motor imagery) suggesting that visual imagery was inhibited during both conditions. During motor imagery, there was less activity in the superior orbital frontal cortex whereas there was more activity in the middle and superior orbital frontal cortex during ECE. This is suggestive of more motor monitoring during ECE than motor imagery.

The last condition was an attempt to compare the activations associated with actual hand movements to imagining the same movement in this participant (Guillot et al., 2009; Szameitat et al., 2012b). In one of these studies, there were 13 participants selected on the basis of excellent motor imagery (Guillot et al., 2009) whereas the other included 21 unselected participants (Szameitat et al., 2012b). The number of participants in both these studies achieved a greater statistical power and reported many more activations than in the present single-case study. The finger movements used in the Guillot et al. study was a learned and practiced sequence, more complex than the one we used, which could be considered more of an automatic nature. The movement used in the Szameitat et al. study consisted of a simple wrist movement timed with a tone. Although it is not clear how comparable these studies are with the present observations, there are a number of concordant findings. First, real and imagined movements produce activations in the SMA. The activations reported by Szameitat et al. (2012a,b) in the contrast imagery-rest include premotor areas in the precentral gyrus, superior frontal gyrus, and bilateral inferior frontal gyri that were also observed in the “jumping jacks” condition of our participant.

It has been shown that visual imagery is reliant on the occipital lobe and the superior parietal lobule, as well as lateral premotor cortex, while kinesthetic imagery is more associated with motor areas and inferior parietal activity (Guillot et al., 2009, p. 698). The ECE in the present study activated the left side of several areas associated with kinesthetic imagery and was associated with a strong deactivation of the visual cortex. This suggests that her experience really was a novel one, with a strong kinesthetic component. This was a healthy young woman with no brain abnormalities, thus providing a window into the brain during non-pathological, self-elicited ECE.

There are a number of limitations to the present study. The first obvious one is that we relied on the participant’s report of her experience. Given that the participant spontaneously reported her experience assuming that it was a common occurrence and the detailed (and unusual) description of how she developed this ability, we are inclined to take her report at face value. The private nature of imagery is common to most research in imagery (including other imagery conditions in the present report) although a number of control measures have been devised but they were not used here. One example of such measures is the increase in heart rate and pulmonary ventilation during imagined actions (Decety et al., 1993; Wuyam et al., 1995). The description of the imagery tasks could have been more clearly specified including the “jumping jacks” condition and the third-person ECE task (Moran et al., 2012). Statistical power was obviously limited in this single-case study, which means that potentially several activations escaped detection. Limited statistical power could also have prevented us from finding activation differences when the participant performed “variations” of her ECE experience (spinning vs. “bobbing on the ocean”).

This is the first study with a non-pathological participant who is able to elicit an ECE upon demand. Clearly, replication is required to ascertain if this pattern of activation is similar in other people who can have self-initiated ECE. The existence of such a case and its presentation raises the possibility that this phenomenon may have a significant incidence but unreported because people do not think this is exceptional. Alternatively, the ability might be present in infancy but is lost without regular practice. This would be reminiscent of the discovery and eventual study of synesthesia that some researchers now hypothesized is more prevalent in young people or can be developed (Deroy and Spence, 2013; Simner, 2013). 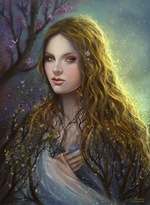